I’ve decided to blog about some of the songs that are going to be coming out on my new album, ‘Taken by Surprise’ on January 20th, 2019.   This week I’m focusing on ‘Johnny’.

‘Johnny’ was written in February of 2016 in Stutvik, Norway in my bedroom at the Malangen Resort.  I was working as a dog mushing guide for the winter and living in a cabin that overlooked the fjord.  My room had French doors with glass windows.  The light that played on the water, the storms that blew in and the ever-changing ice were fantastic to watch.  I brought my guitar with me to Norway and was attempting to keep up a writing practice despite feeling far away from any musical associations in my life.  I saw that the FAWM (February Album Writing Month) was happening and I decided to participate as a way of staying musically connected to the rest of the world.  ‘Johnny’ was the first song I wrote in February and I think that its whimsical style of story telling that centres around a fictional character came from a place of ease.  Many songwriters agree that the ones that come most easily to us are often our favourites.  ‘Johnny’ was one of those for me. 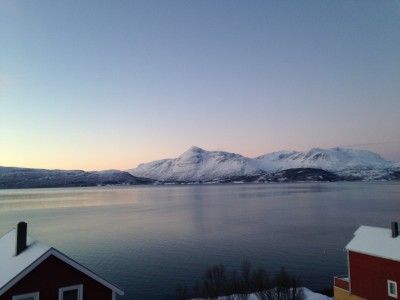 ‘Johnny’ is a love song.  It’s the tale of 2 people who love each other deeply, build a boat and head out to sea.  Their boat sinks and as Johnny lovingly coaches the protagonist to swim to shore, she hears the Sirens call and turns away.   When she looks back, Johnny is gone.  The song is sung from her perspective as she stands in front of an icy fjord, mourning her loss and blaming herself.  Oy.

Kinda heavy, but its fictional – right? 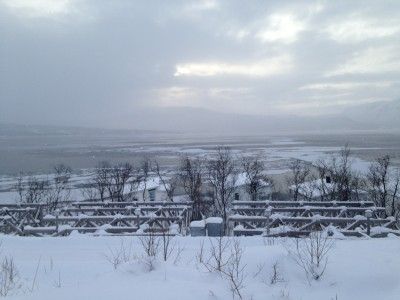 I’ve loved working this song up with James Stephens for live performances since my return from Norway.  The chorus holds tension with minor 7 chords and an ascending melody line.  There’s a stormy instrumental bit that leads us into the verses, which tell the story as a ballad.  For the album we decided to have Brian Sanderson come in and play sousaphone and flugelhorn on it.  James is singing harmony and playing mandolin.  Alden Roberge adds percussion.  I’m playing guitar and singing the melody. 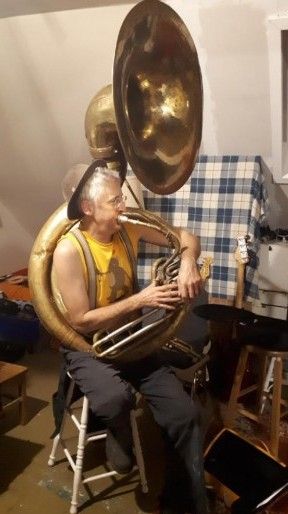 Can you hear it?

“I stand at the shore of a broken fjord

Frozen no more, this beckoning sea

My hand from yours was silently torn

While I was distracted by beckoning sea” 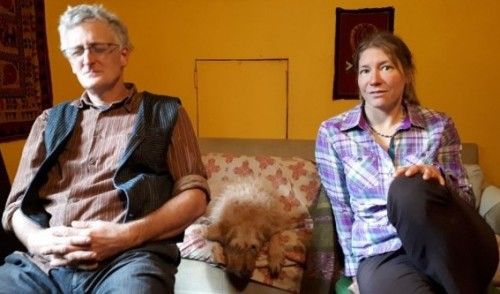