I have found that great geographic upheavals take time to adapt to, but coming home has often been the greatest challenge.  When I head somewhere new, I expect to meet with difficulties.  I expect that I will not necessarily find my way and that it will take time to learn the ropes, to make friends.  Coming back to Ontario, although I have spent most of my adult life away from this place - I still somehow expect that I will easily fit back in like a missing puzzle piece.  That things will come together and more than anywhere else, I will feel a sense of belonging.  After all, this is where I am from.  These are the people I grew up with, who raised me.  This is the landscape of my youth.

I spent much of the fall wondering why I had come back to Ontario and feeling like all that I know about how life works is false in this place.  This is understandable.  I had just come back from a summer in the north-west, where although I was still in Canada, the culture is discernably different from that of Ontario.  I spent the summer in the bush, away from cars, concrete and the internet.   I arrived quite abruptly in an urban environment:   a corner house with a stream of university students walking by, bars on the window and the sound of mid-week parties echoing down the street.

Intellectually, it makes sense that I would go through some culture shock upon my arrival in Kingston.  Nonetheless, I think that feeling out of place in my home town is much harder than feeling out of place in a foreign country.  Its difficult to describe this experience but it is something like walking around in a strange dream where everything seems wrong but everyone is acting like all is as it should be.

Despite battles in my head and heart I took some tangible steps like paying rent and having a studio space for music.  I bought my very first car and I realized that I was two thirds of my way through this list I compiled while in Norway last winter of 'life goals'. 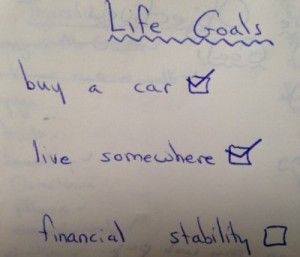 In some ways it seems like a funny list but it does represent what I felt was lacking as I bounced around the world.  It also explains how I came to find myself paying rent and buying a car in Ontario.

This is the view from my music room with a stain glass of my cabin in the Yukon hanging in front of the bars on my window. 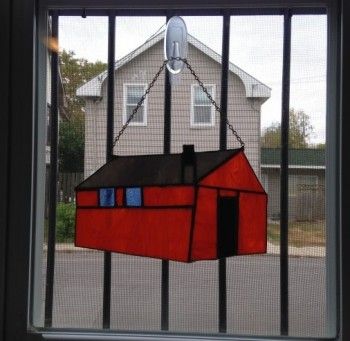 I turned 35 this fall and moved into my new space with no furniture.  It is my first time having a place of my own since I moved out of my cabin up north a few years ago.  It made me laugh to think that this is what my adult life looks like. 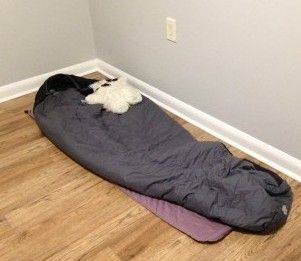 Many things have come together since I landed here in September.  I attended the Folk Music Ontario conference in October and received the 'Songs from the Heart' Award in the political category for my song "Sing it to the Hills".  What an honour to be showcased along side the writers who won in the other categories.  It was a fabulous weekend over all of making musical friends and reconnecting with the Ontario folk music community. 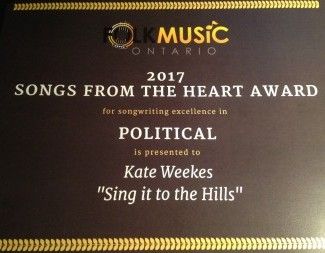 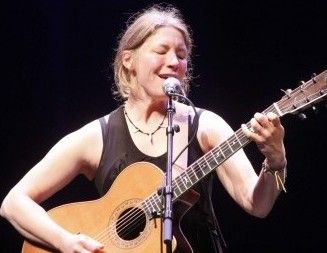 I played some gigs in the fall including  a double-bill here in Kingston with my pal Ali McCormick.  I've got some gigs lined up for this winter with other musical friends including Christine Graves, Ian Tamblyn, James Stephens, Emilyn Stamm and Paul Clifford.  Partly why I was excited to spend time in Ontario was for the opportunity to play with folks down here and I'm looking forward to playing shows with these folks and building new musical relationships. 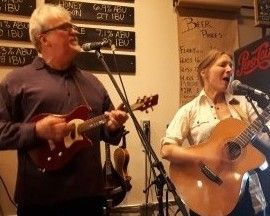 I've been writing up a storm these past couple of months.  Its been great to have some routine and a quiet work space for this.  I'm going to be recording an album this winter with James Stephens as producer.  It will be my first time recording outside of the Yukon, and I'm excited to work with James.  I will be launching a kickstarter campaign soon to raise funds for the project, keep your eyes peeled!  This will be my 3rd solo album of original material.

And so, it has been a great adventure thus far of learning how to stay in one geographic space for many months at a time. This has felt more terrifying to me than waking up with a grizzly bear at my tent but I am stronger and braver for it.

I wonder what I'll write to you about next.  Likely: many things that I am grateful for as that has been my  focus of late.

All the best from this rainy town in eastern Ontario, 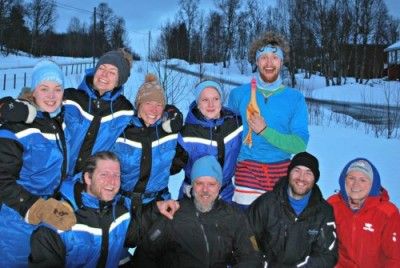