I’m leaving on tour imminently.  It’s a blustery eve in the Gatineau Hills and I’m sitting here with a bag of chips and plenty to tell you about.

Most importantly – the tour dates!  I’m going to be playing in northern BC as part of a Home Routes house concert circuit with James Stephens.  Check out www.homeroutes.ca for or check out my calendar page for ticket info and show details. 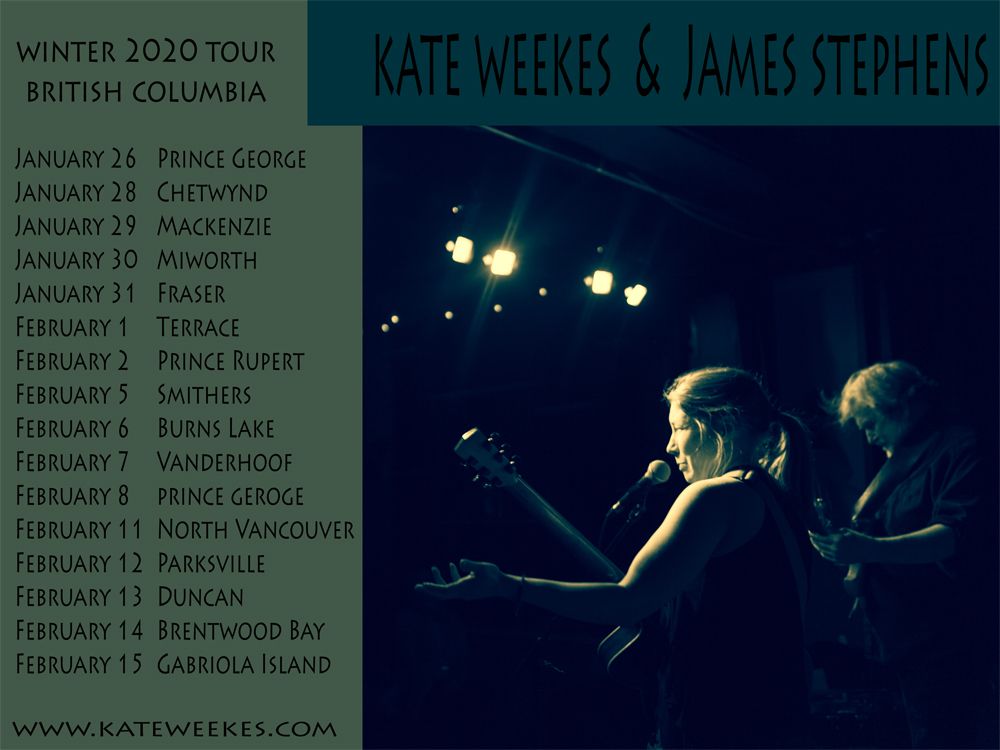 When the tour is over, I have some fun gigs coming up including a show in Almonte as part of the FolkUs Concert Series.  The show is sold out and I looking forward to playing this double bill with Campbell Woods.

On March 27th I’m going to be playing a show with Stephen Fuller in my hometown of Smiths Falls. There is a new little venue there called Bowies.  Stephen plays the kora and is a songwriter with a beautiful voice.

Citizen Jane is a duo from Toronto that I will be teaming up with in the spring to play shows with.  Things are coming together for the first weekend in April and the first weekend in May.  Lots of fun collaboration to look forward to.  Have a look at https://www.citizenjanemusic.com/

I’ve been playing fiddle!  I joined the Fiddleheads Musical Theatre group in Chelsea and have been playing my little fiddling heart out.  Here is a shot from our big December concert. 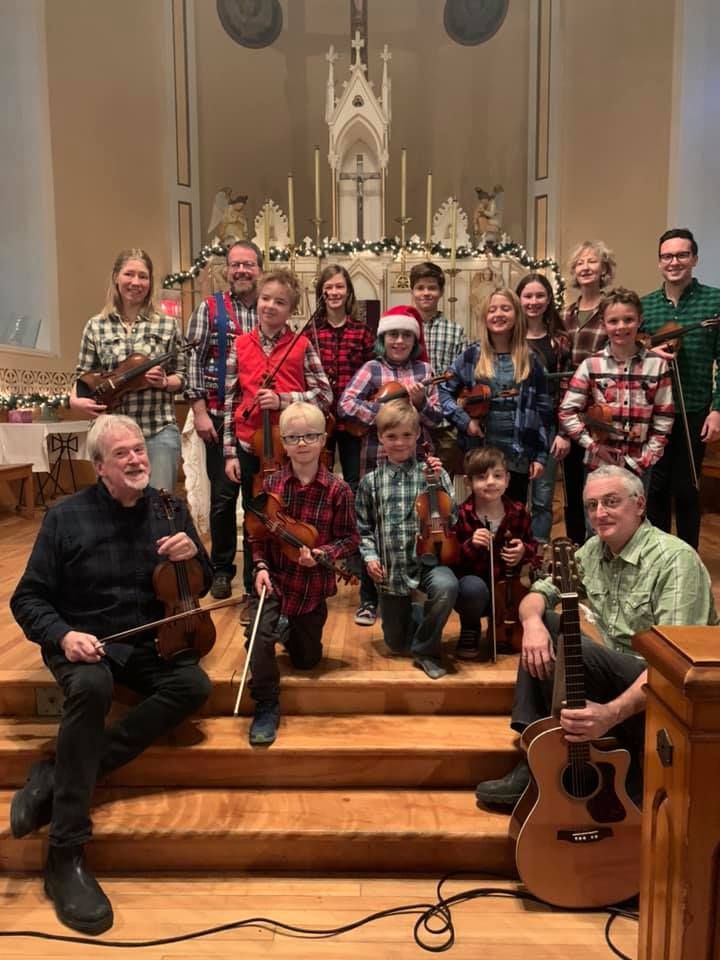 Lots of fun gigs happened in the fall including a tour with James Stephens, Emilyn Stam and John David Williams.  We played collaborative double bills around eastern Ontario and western Quebec.  I feel lucky to get to share the stage with these folks.  They are all such fine musicians and it was inspiring to hear what they are up to musically. 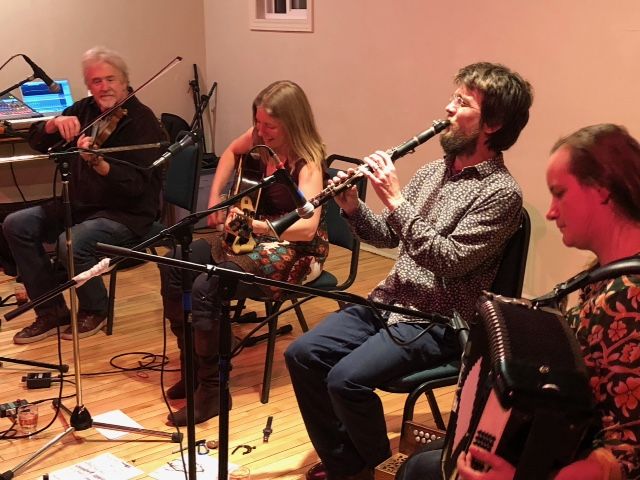 I got to play a few shows with James Stephens and Brian Sanderson in December.  We worked up a western swing tune and some trad swing tunes as well as some of my originals.  Brian played horns on my ‘Taken by Surprise’ album. 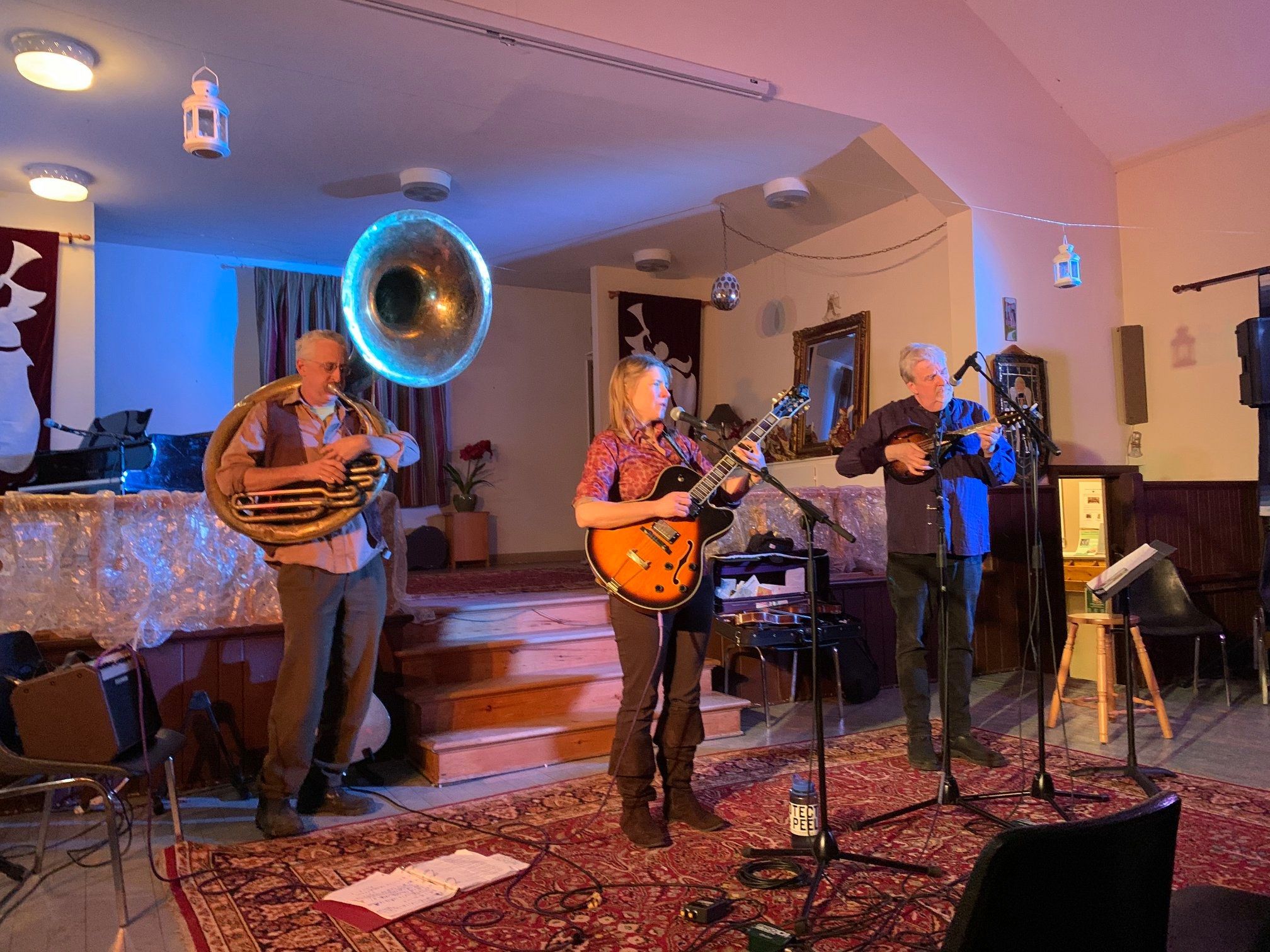 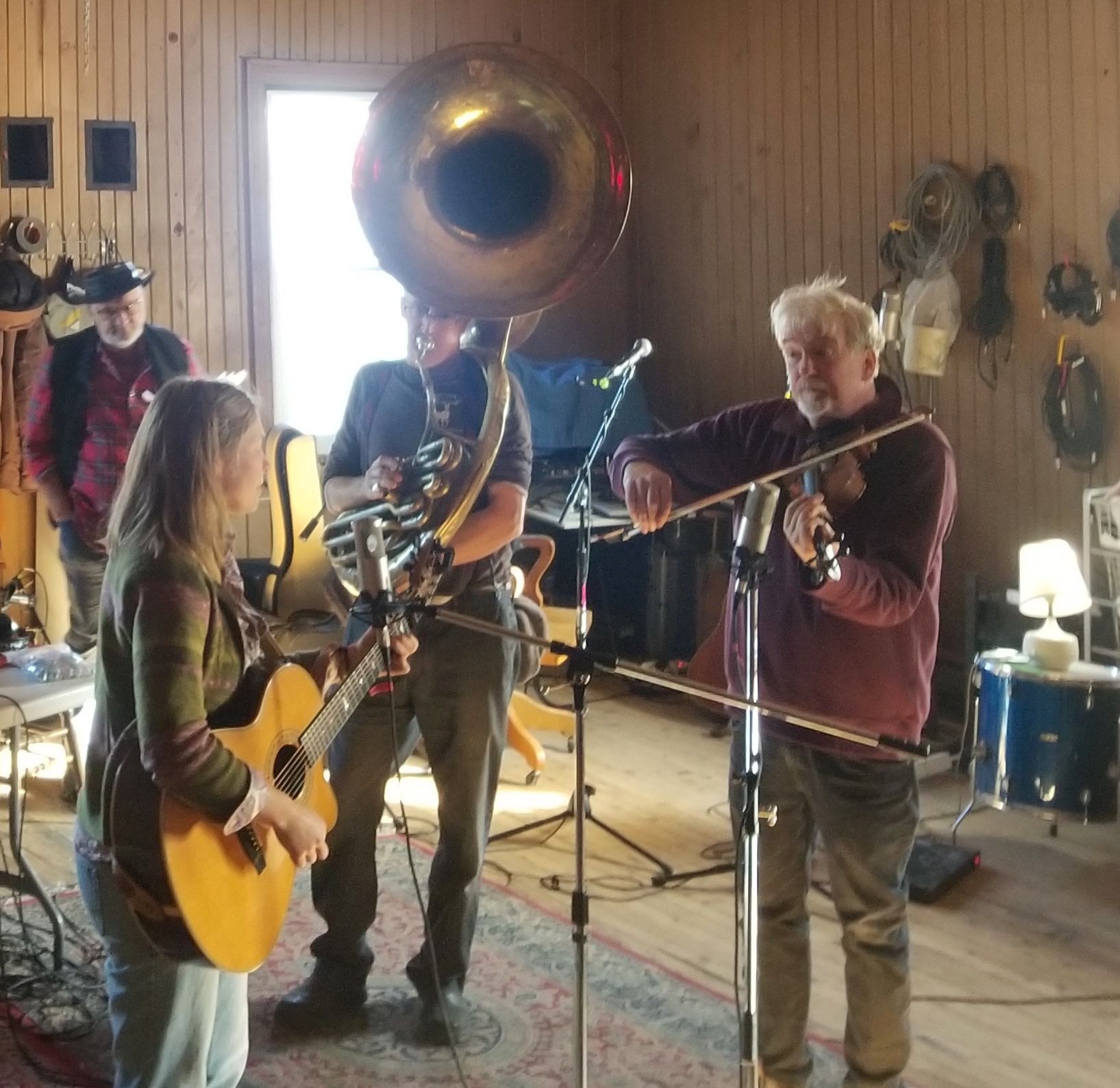 Another nice thing that happened was that Roots Music Canada reviewed ‘Taken by Surprise’ AND listed it in their top picks for 2019.

Here’s a picture from years back in the Yukon.  I’m missing the Yukon and dog mushing, especially in these snowy times.

Okay, I’ll go make a cup of tea and perhaps you would like to as well.

Yours in long johns,